10 Speeds? 20 Speeds? How About INFINITY Speeds?

Al Nordin is President of the Bicycle Products Division at Fallbrook Technologies. He has been with the company since it was based out of a garage and helped it grow into a large, successful enterprise.
The heart of Fallbrook Technologies' bicycle-related product offerings is the NuVinci continuously variable transmission. This unit does away with notchy, old-school multi-gear systems and replaces them with smooth, infinitely-tuneable gear ratios which allow a rider to pick exactly the gear ratio he/she wants at any given point in a ride.
The system is not perfect. Even though the new version sheds a great deal of weight compared to the last version, it is still heavier than derailleurs or an internal-gear hub. But the possibilities are endless to someone with a bit of imagination and a drive to build cool vehicles.

Al Nordin
Q: You have been with Fallbrook Technologies since 2004. Please tell us a bit about how the company and its products have evolved since then.

A: When I joined the company, it was literally ‘out of the garage’. I was one of the first employees and entered the company with the faith to follow someone I had worked with over a number of years, which is our current Chairman and CEO, Bill Klehm. From those early beginnings, we two commercial divisions, have over 400 patents and patent applications pending worldwide, and have received over $95 million in private equity funding. (see next section for additional products).

Q: What are some of the more interesting projects than have used the NuVinci hub?

A: There are those products that we obviously endorse or had a hand in development, but others that we find out about due to the creative nature of a broad spectrum of inventors. In particular though, our company needed to help facilitate the vision for our current and future partners on how the technology could be used and its scalability. This included such developmental efforts as a primary transmission for an agricultural tractor, riding lawn mower, sport utility vehicle, and as a variable accessory drives solution for cars and trucks to wind turbines.

Overall, NuVinci technology for bicycles has won 12 major awards since its introduction in 2007 including the selection of the NuVinci N360 equipped Breezer Uptown Infinity by Bicycling Magazine as its 2011 Commuter Bike of the Year. 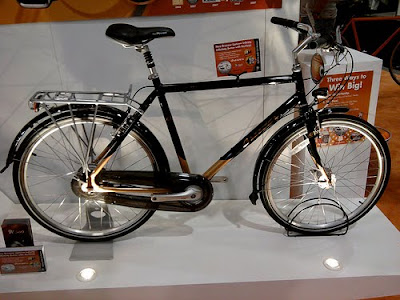 Q: What are the benefits of a continuously variable transmission? Why does a bicycle rider need one?

A: A continuously variable transmission or CVT, has long been termed the ‘holy grail’ by transmission engineers and designers. CVT’s provide a solution where power, whether human or motor produced, is always able to be delivered on a continuous basis without the loss of this power which occurs during shift events of a geared transmission. For a cyclist, it means an operational and riding experience that removes the physical affects and emotional concerns of having to change gears. Depending on the experience of the cyclist, this can mean fear of shifting, not being sure how to properly use the gears, worry of chain derailment, hunting to find the right gear for riding conditions, and making compromises of having to settle in a gear that is too high or too low for your comfortable cadence. With a CVT, NuVinci in particular, ratio changes are accomplished by a seamless and easy to use handle bar mounted twist shifter. The result is a riding experience that is enjoyable, quiet and void of compromises to cadence comfort.

Q: Some continuously-variable transmissions have had reliability issues. How has the reliability of your products been? What improvements have you made over the years in that arena?

A: Under the term CVT, there are a number of different designs that fall into this category; from Toroidal, Half-Toroidal, pull belt, push belt, etc. Each tends to find a comfort level within a specific application category, but that is where NuVinci is different. Compared to other CVT designs, it is far simpler, offers more stable control, is easier to package and is vastly more scalable to move from small and lower power applications to large and high powered ones. Reliability is more of a discussion around commercialized applications for the product and not necessarily early stage capability studies. For the bike segment, we maintain a no maintenance or service interval schedule for the product and adhere to the most stringent testing standards.

Q: The original NuVinci hub was criticized as being very heavy. How much lighter is your new hub? How were you able to reduce weight without sacrificing reliability? Do you think your future products will reduce weight even more?

A: Over the previous version that weighed around 8.5 pounds, we reduced the weight of the new N360™ version by around 30%. This places the weight at about 5.4 pounds and reduced the overall diameter by 17%. A number of other improvements were made to the product from a reduction in the number of rotations of the shifter to move from full under to full overdrive. We moved the shift interface in board of the frame dropouts, and increased the ratio range to 360%. The great thing about our company and the broad spectrum of fields that the technology operates within, we can take our learning’s gained from other applications and apply it directly to how the product is used in other fields; in this case cycling.

A: A few years ago we worked on a program for light electric vehicles, and launched a commercial product called the NuVinci CVP Developer Kit. This is an electronically controlled CVT based on the older N171 CVP. A very thorough white paper was written on the dynamic performance and range benefits of the system when installed on a 1000 watt scooter (www.fallbrooktech.com/docs/LEV_CVT_WhitepaperRev10.pdf). To summarize, compared to many riders who tend to leave their “geared” e-Bike in one gear, we believe we can show the same type of range improvements as the white paper, which is around 20% for urban drive cycles involving stops and starts. The new NuVinci® Harmony™ Intelligent Drivetrain is an automatic shift system specifically for e-Bikes. With automatic shifting, the rider and the electric drivetrain can operate at optimized conditions, improving comfort, range, and performance.

For 2012, TDR, Panther, Union and Simpel are among a growing number of brands that have Harmony-equipped e-Bike models under development for the 2012 model year. And Bodhi Bikes is the first US e-bike manufacturer to offer models equipped with NuVinci Harmony.

Q: Please describe your vision of the perfect commuter vehicle.

A: I have two: One would be purpose built European style commuter bike, well equipped with ergonomic and comfort features such as comfortable saddle/grips, rack, fenders, good lights and of course a NuVinci N360 drivetrain. The second would be a dual purpose (city and light trail) bike that would use a mountain bike frame with a center mount electric motor installed and unlimited to 45 kph (see the Grace MX: http://www.grace.de/) with 29 inch wheels and some Burly slick tires. 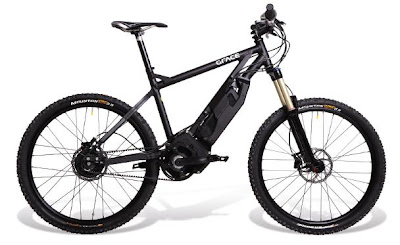 Q: What is your vision of the ideal transportation system for a sprawling country like the USA? What about for a more compact society such as Denmark or Japan?

A: I am not an expert in transportation network design, however for the US there are some simple, short term solutions such community/city focused bicycle lanes with good markings, company sponsored bicycle activity associated with Wellness programs, and creation of dedicated bicycle paths where possible. Compact societies have greater restrictions on traffic capacity and space and therefore need to push separate bike lanes to support bicycle commuting as a primary option vs. cars. The Netherlands and Denmark have done this effectively as have other countries in Europe.