Business Week just published an article by Emma Vandore, describing the surging popularity of e-bikes in various countries in Europe. In France, Germany, the Netherlands and other countries, e-bike sales are up dramatically from a year ago. The article states that "electric bikes are one of the hottest buys in Paris this summer."

To some extent, the surge in popularity is due to the availability of less expensive e-bikes manufactured in China. "The Chinese bikes are less than half the price of Italian ones, and clearly that makes a difference to a lot of people," explains Alberto Antonelli, a bike shop owner in Italy. 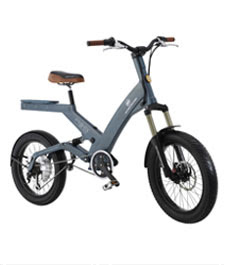 The article also states that roughly 10,000 e-bikes were sold in the USA in 2007. However, I have heard from other sources that Currie Technologies alone sold 40,000 e-bikes, mostly through "big box" stores such as Walmart, in the USA last year.

The article concludes by quoting a shop owner who states that e-bikes are only the beginning of the revolution and that people are waiting for electric cars. Fiddlesticks! E-bikes are far more efficient as well as being better for people and the planet. Let the revolution center on them!
Posted by Forbes Black at 11:29 AM